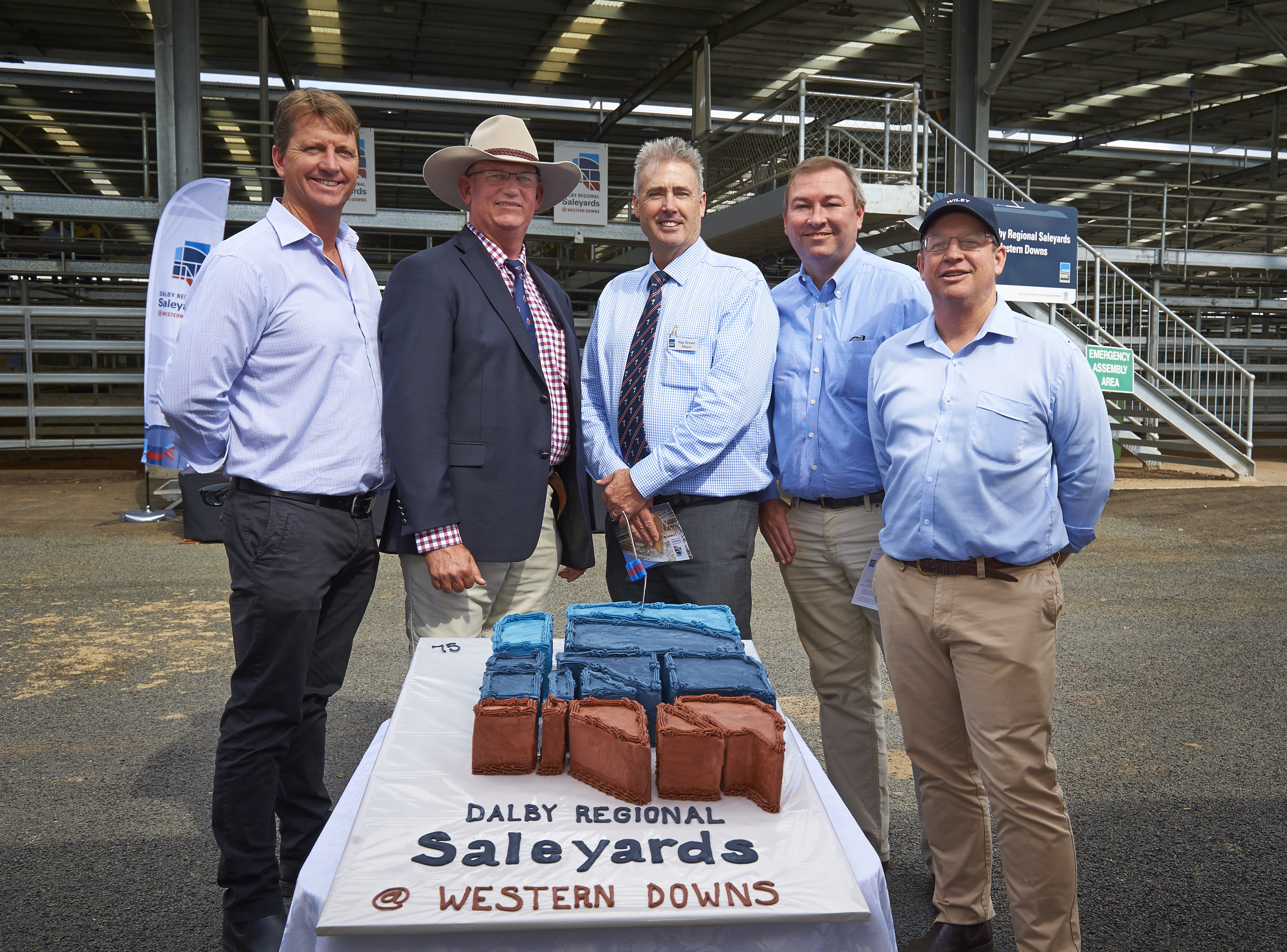 Innovation is at the forefront of the $12.6 million redeveloped Dalby Regional Saleyards @ Western Downs.

Wiley’s Business Operation Manager Toowoomba Michael Matthewson commended Council on the milestone and for their commitment to engaging widely with the community on the new design.

He said the design of the renovated saleyards had set new benchmarks in efficiency, health and safety and animal welfare.

“This project is the result of Council’s vision and efforts to create an improved and superior facility for staff, patrons and livestock. Council and the community should be immensely proud,” he said.

“It will take the industry to a new level in occupational health and safety, animal welfare, biosecurity and environmental compliance.”

“With the old lane drafting system, it would take eight men to process 70 to 100 head of cattle per hour.

“The new system has greatly improved this and now four men can process around 180 head per hour.”

“We have set a new benchmark for animal welfare in Australia if not the world,” he said.

“All aspects of the new complex were carefully designed to comply with the RSPCA’s five freedoms of animal welfare policy.”

“This upholds the belief that animals should have freedom from hunger and thirst; discomfort; pain, injury and disease; fear and distress; to be able to express normal behaviour,” he said.

Now the saleyards have 680 pens with special soft flooring and more than 300 of those are covered by 1.6 hectares of roof meaning sellers and cattle are protected in any weather.

As well as cattle and patron comfort, the new complex excels in biosecurity and environmental compliance.

Control of stock and personnel access has been improved plus data and traceability records and storage, and capability to maintain numbers of cattle in a National Livestock Standstill.

The facility’s environmental credentials include sprinklers to reduce dust, stormwater and effluent control and a waste management plan that involves composting.

The design also allows for the future implementation of new technologies such as real time sales data, smart device interface and eSelling.

“The ability to integrate new technologies such as Wi-Fi compatibility as they become available is vital to the future viability of any saleyard,” Mr Matthewson said.

The saleyards are the largest one-day selling centre for livestock in Australia, selling more than 200,000 head of cattle each year.

Speaking at the opening, Minister Byrne said the saleyards were a vital part of Queensland’s $5.4 billion beef industry.

“The saleyards make a significant contribution to the local economy and provide employment here in Dalby and across the wider Western Downs region,” he said.

“The redevelopment has been considerable and will ensure Dalby continues to make a significant contribution long into the future.”

“Modern saleyards on this scale will meet industry requirements and will remain an important part of the beef supply chain for decades to come.”

Western Downs Regional Council Mayor Ray Brown said the upgrade to the saleyards was intended to make it the benchmark facility for cattle sales in Australia and lead the way in animal welfare and workplace health and safety.

“It will be a state-of-the art selling facility, not just in Queensland and Australia but across the world,” he said.

The site’s master plan also includes a heavy vehicle truck wash and effluent treatment facility. Both projects, which will be designed and constructed by Wiley, are under way.

In 2013/14, Queensland exported 58 per cent of Australia’s beef exports. Australia is the world’s third largest exporter of beef behind Brazil and India.

When Will Cultured Meat Be Available in Australia?

What’s Happening to Building Costs in 2023?